To ensure that our delegates receive the latest knowledge, we select only world-class speakers and teachers for our programmes. Whether they are veterinary surgeons, nurses, researchers or other specialists from the veterinary sector, all of our speakers will offer the very latest thinking in their area and the benefit of their years of experience, enabling you to develop new skills in an expert-led environment that you can then take back to your practice.

Alan is a Partner of the St David’s Poultry Team Ltd based in Exeter. This is a National Practice with bases in the UK and Ireland. Alan has focussed his veterinary career within the game bird sector for the last fourteen years. His approach is very holistic with attention to controlling disease through improved management rather than solely focussing on treatment strategies. 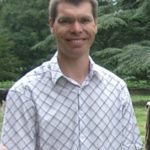 Alasdair accepts cases in all areas of Soft Tissue Surgery. He speaks on his subject area nationally and internationally and has published widely in academic and professional journals.

Alison graduated from Writtle College in 2005 with a BSc (hons) in Equine Science and qualified as a small animal VN in 2009 whilst working in mixed practice in Bristol. In 2010 she moved to Langford Vets to work as a surgical nurse. During this time she has achieved the Dip AVN (small animal). For a few years she worked as a clinical teaching nurse for the University of Bristol, teaching practicals and lectures to undergraduate VNs in the Veterinary Nursing and Bioveterinary degree course. She moved back into clinical nursing in 2018, returning to the theatre team, becoming Head Theatre Nurse in 2019. 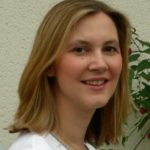 Alison is an RCVS and European Specialist in Small Animal Surgery, having gained the ECVS Diploma in Small Animal Surgery in 2005. She works part time in private referral practice for Anderson Moores Veterinary Specialists near Winchester, Hampshire and spends the rest of her time as a CPD Lecturer. She is Associate Editor for JSAP and secretary for AVSTS, both of which are voluntary roles.

Amy qualified in 2008 and after a brief spell in referral nursing, she returned to a head nurse/ clinical team leader role in a busy first opinion practice in Bristol. She is currently a Lecturer in Veterinary Practice (Anaesthesia), at Bristol University, Langford. She enjoys all aspects of nursing, but has a special interest in anaesthesia and analgesia, having completed the NCert(A&CC), followed by the Graduate Diploma in Clinical Veterinary Nursing through the Royal Veterinary College. Amy Is currently in the final year studying towards the Masters Degree in Veterinary Anaesthesia and Analgesia through Edinburgh University.

An graduated from the University of Ghent (Belgium) in 2004. In 2005 she obtained a certificate (CEAV) in small animal internal medicine in France. After a rotating internship in small animal medicine and surgery at the National Veterinary School of Alfort in France, An returned to the University of Ghent to complete a residency in veterinary neurology. Finally, she joined the QVSH in 2009 and successfully passed the examination for the diploma of the College of Veterinary Neurology in 2011. 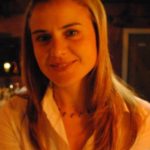 Ana Jacinto graduated from the University of Trás-os-Montes e Alto Douro, in Vila Real, Portugal. She then spent several years working in general practice in Portugal before undertaking an internship at Cambridge University. This was followed by a residency in small animal internal medicine at the University of Edinburgh where Ana continued to work as a locum lecturer. She worked in the internal medicine service in a busy referral veterinary hospital in Paris, France and in a large referral centre in Hertfordshire, England, before joining the IDEXX team as an internal medicine consultant. Ana is a European Diplomate in Veterinary Small Animal Medicine (DipECVIM-CA) and has the RCVS Specialist title in Small Animal Medicine (Internal Medicine).

Andrew qualified from Bristol University in 2002 and spent 4 years in mixed practice in Devon. He then spent 5 years at Edinburgh University, completing a rotating internship, a research fellowship, and a residency in cardiopulmonary medicine. He was awarded the RCVS certificate in Veterinary Cardiology in 2007, and the ECVIM-CA diploma in Cardiology in 2012. Having spent three years working in Industry, he is now one of two European Specialists in Small Animal Cardiology at Anderson Moores Veterinary Specialists near Winchester.

Andrew Perry graduated from Liverpool University, UK, in 2000 and worked in mixed and small animal practice until 2011 when he began an alternate pathway residency in dentistry and oral surgery at Eastcott Referrals, Swindon, UK . Andrew became a Diplomate of the European Veterinary Dental College in 2018.
Andrew’s clinical and research interests are focused toward oral surgery, particularly reconstruction techniques and oncologic surgery. Andrew, additionally, co-supervises a full time residency program based at Eastcott Referrals. 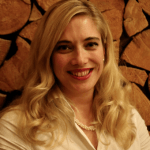 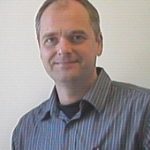 Balazs trained in Budapest (DVM and internship), Missouri (Fulbright scholarship) and Kansas (ACVP) and currently is a senior lecturer in clinical pathology at the Royal Veterinary College. He is responsible for the clinical service and the residency training programme. He is active in undergraduate, graduate (both vet med and vet nursing), and continuing education. 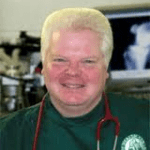 Bob is the Clinical Director of the Oak Beck Veterinary Hospital in Harrogate, North Yorkshire. His special interest is dentistry and he has concentrated on this field for over 25 years. He was a founder member of the British Veterinary Dental Association. He is a RCVS Council member and Past President of the Hospital Association, but is best known as the creator of Pet Smile Month with over 1600 practices taking part.

Chris graduated from the University of Liverpool in 2007. After 2 years in small animal practice, he started his postgraduate first as an intern and then a resident in Veterinary Cardiology at the University of Liverpool. Chris is a European Specialist in Small Animal Cardiology and has been an RCVS recognised specialist in Veterinary Cardiology since 2016. He is currently working at Willows Referral Service in the West Midlands, U.K. His research and clinical interests are around interventional procedures and congenital heart disease. 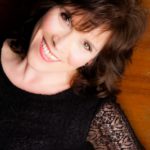 Daniela qualified from the University of Milan, Italy, in1998. Having completed a rotating internship she successfully undertook an ECVS residency in Munich, Germany, where she worked until 2007 as a senior clinician and lecturer. After 3 years working in referral practice in Italy, she moved to the UK to work as a Soft tissue Specialist within private and academic referral clinics. She achieved RCVS status in 2014 and GPCert in 2018. Daniela has undertaken advanced training in Interventional radiology which is one of her main interests, together with oncological and respiratory tract surgery. She is an is an active member of the ECVS and serves on its Credentials Committee.

Darren graduated from Cambridge University in 2006, spending a one year rotating small animal internship at the Animal Health Trust, Newmarket thereafter. He then spent 5 years in general practice in Bishops Stortford whilst studying for the RCVS Certificate in Small Animal Surgery under the supervision and guidance of Dick White. He returned to Cambridge University as a Staff Surgeon for one year before completing a three year Surgery Residency training at Dick White referrals. He was awarded the Diploma in Small Animal Surgery by the European College of Veterinary Surgeons in February 2017 and continues to work as a Specialist in Small Animal Surgery at Dick White Referrals.

David Harwood is currently chairman of the Goat Veterinary Society, and regularly lectures on goats at UK vet schools and at the London Vet Show. He is a former veterinary investigation officer at APHA and has an interest in infectious disease control in all ruminants. He is the author of “Goat Health and Welfare – A Veterinary Guide,” and of a recent In Practice article on Goat Health Planning. 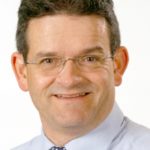 Ed Hall is Professor of Small Animal Internal Medicine at the University of Bristol’s School of Veterinary Sciences. He has clinical and research interests in small animal gastroenterology and regularly performs flexible gastrointestinal endoscopy. He wrote two chapters in their BSAVA Manual of Canine and Feline Endoscopy & Endosurgery.

Is our website easy to use? Does it have all the information you need? Tell us what you think.

If you have feedback on our training or other services or need assistance in any other way, please contact us.